V8 is absolute! Program is useless. Give me my money back

WTF has happened to this program? It was fantastic, now it doesn’t work for shit.

I think you are being a bit harsh here. I’m using the free version and in my opinion it’s far better than Thunderbird which hung every time I used it.
In fairness, if you have a problem with the app it’s better to be more specific with complaints rather than saying “V8 is absolute sh*t” - which it isn’t to many like myself.

Saying V8 is shit “is the specific complaint.”

Look at the last month worth of forum posts. Almost nothing works.

What’s the Dev response: complete and utter silence on every single topic.

I use eM Client every day and I have no problems with it at all.

“V8 is ****” is a generalisation that doesn’t help you or the people you would like to resolve the complaints you have with the app.

“Almost nothing works” is another hyperbole that is obviously and clearly untrue otherwise no one would be using the product.

As a former IT developer, if I received inaccurate, offensive comments like yours they would go staight into the “recycle bin”.

Help yourself and the developers by being specific about the problems you have with product and they may be more amenable.

As @Steven_E_Long says one just has to look at the forum posts over the last few weeks. Most of them reasonably polite describing a plethora of problems but still no responses from devs there either.

“V8 is ****” is a generalisation that doesn’t help you or the people you would like to resolve the complaints you have with the app.

“Almost nothing works” is another hyperbole that is obviously and clearly untrue otherwise no one would be using the product.

Help yourself and the developers by being specific about the problems you have with product and they may be more amenable.

See above. Apparently, they’re not.

If you care to take a look on the em Client websit you’ll see that Support Engineer help for the those who use the FREE version is NOT included. 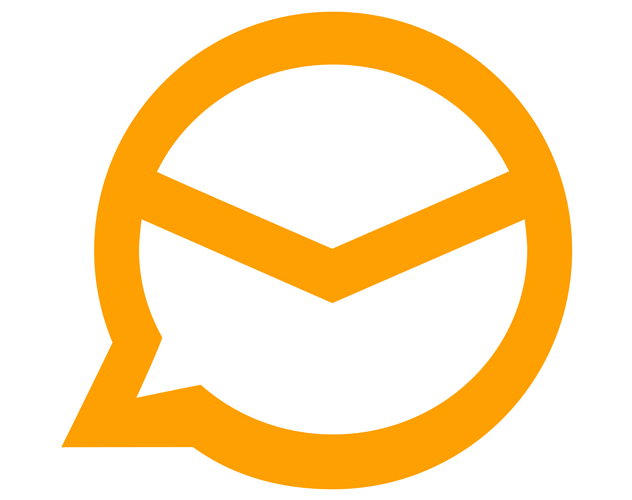 I have just installed free eM Client for Windows and it's great.

If you want developer support you have to reach into your pocket.

Condemning a very good product just because FORUM users fail to respond is rediculous and illogical. I have been using this app for several weeks and it works fine.

I should add that if you want to get the attention of the developers to a specific problem (and you have the Pro Version) I assume you have to raise a “Ticket” (see above link). Without that it’s Community Only support which I guess is not really what you want. I use the FREE version without any problems.

Also, all the examples cited above are from the same user and none seem to reference a ticket!

I’ve been a pro user for years. Many of us are not condemning EMC but lamenting the introduction of a product which is flawed for so many. I reverted to version 7 very soon after paying for my upgrade to 8 because I don’t like the look and feel of 8. I am more at home with 7. FYI I raised a ticket about a feature of 8 soon after reverting to 7. I gave it a ‘normal’ priority on 25/07 and, apart from the automated response, am yet to get a reply. Very unlike them so I guess it indicates the much higher volume of Pro enquiries due to the problems with 8.

What’s the Dev response: complete and utter silence on every single topic

When did you open the Support Ticket? Maybe they will reply on Monday as they don’t work weekends.

WTF has happened to this program? It was fantastic, now it doesn’t work for shit.

You have a 30 day money back guarantee. If you want your money back just write to them within that time and they will refund the purchase of the version 8 Pro License.

I have found that increasing the priority of the ticket usually gets a quicker response. Otherwise they work Monday thru Friday and usually respond within one working day.

I’ve marked it critical about three times in a 2 week period.

For me the thing works actually quite well. Could generally a bit more snappy, but it does what I expect it to do.
Some things don’t work under very specific conditions - which should not be the case - but it is somehow to be expected with a new release. Emclient has not the manpower clout of microsoft - and man have people ranted about microsoft!

I’ve marked it critical about three times in a 2 week period.

Don’t know why you have not yet had a reply.

But I suggest that you check you created the Support Ticket account using the same email address you used to purchase the Pro License, otherwise they will not respond. If there is still no response, maybe send them an email. My experience is that they always respond to Pro License users as long as you use your email address associated with the Pro License you purchased.

What was the issue, BTW?

I strongly disagree. Beta version was really bad, but most of problems I had was resolved.
All other problems I reported was the same problems I had in 7th vesion, so there is nothing really new inv8 that is worse than in previous version.
Nice attachment browser is good, filters are processing faster and rest?
If something was missing or working bad in v7, works still the same in v8.

I can agree that v8 may have some issues, but in my case (and I’m not using free email services) it works better than v7.

But if you see some specific problems - report all of them even here, on this forum. I want to know - maybe I can confirm some of them.

I have been using the free version of the new EMC and I have had no issues in regards to the operation of the program. I love the new look and feel that the opening comments are unwarranted! If you have a specific issue deal with it and if you have the paid version you will get a response when ticket is issued. Your blanket statement is the same as saying " I bought a new car and got a flat. This vehicle is abosolutely Shit!!!"
If you are that unhappy request your refund and move on to one of the other inferior programs.

Trust me, I’ve done it that way. And I’ve logged into the support portal and entered multiple request for a response within the same ticket. They just don’t respond. I’ve never had trouble getting a response before in v7 (though often their replies weren’t helpful). Now I have total silence.
The main problem in V8 is that invitation events disappear off my calendar the day of the event. It happens only in emclient and only in v8. I run v7 on another computer with no problem. The event s show up in webmail, on my phone, and in thunderbird. They vanish in emclient v8.
And support will not reply

I am also having some issues with version 8 that make me wonder if it is not better to just revert to version 7. There needs to be some balance between useful new features that work, and old features that are no longer dependable.

I would happily revert to v 7. It’s been impossible for me and if you can tell me how to do it in Windows 10 I’d be very grateful. I uninstall emclient v 8 through the Windows process (I know quite well how to do that). I reinstall v7 and get an error message that I have a later version of the program and v7 can’t install. I delete all remaining emclient files from the computer under Program Files and all the other places they appear. I still get the same error message. So I’m stuck with something that doesn’t work and can’t replace it with the one that does.