Do not automatically show (and mark as read) first mail

is it possible to disable that the first mail from the inbox (or any other folder) is displayed and marked as read atomatically when starting emclient or switching to a mail folder?

Thanks for your time.

It is a good idea!
The first thing I have to do after starting eM Client is check the message has not been accidentally marked as read. I mean the first message from last session.

+1 for this request!
The current behaviour is quite annoying in my opinion. 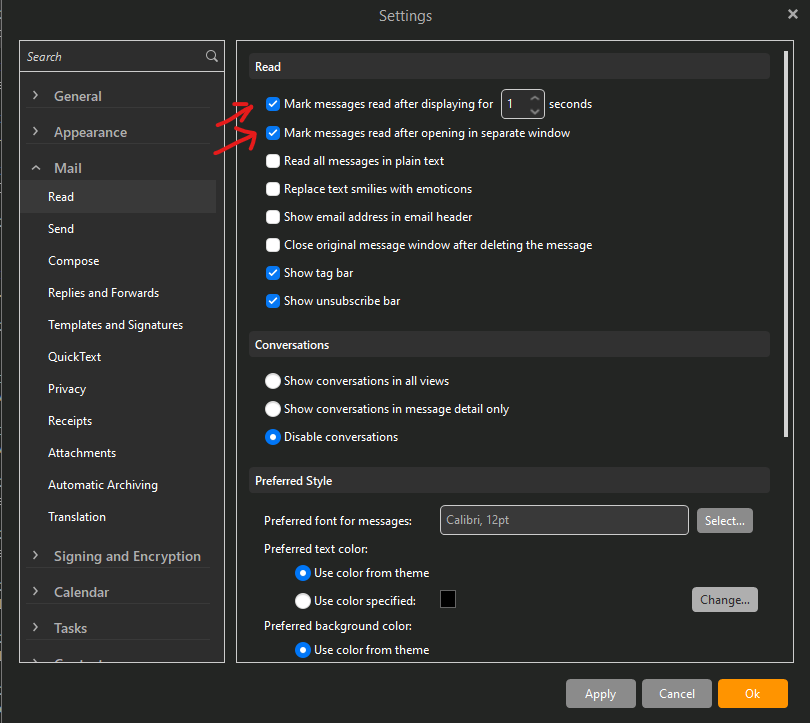 Yes, I know about this option.
I want to set the messages as read after 5 sec but not upon eM Client opening.

Thanks for the suggestion @cyberzork, but as @Vladimir_Losinsky pointed out, messages should still be marked as read automatically when they have been shown for a few seconds.

It’s really about the moment when I open up the whole app or switch to another folder.
Half of the requested functionality seems to be already there, as no message is shown (and marked as read) if I select a sorting group heading instead of a message.
Maybe it would be possible to provide an option to select the topmost group heading instead of the first mail in these cases?

It’s especially unfortunate when using the read status for sorting. Because in this case the first message may end up somewhere far down in the list … depending on how long it was kept as unread (which I actually do sometimes as some kind of TODO mechanism for myself).

I want to set the messages as read after 5 sec

Ok. Sounds like that would then be a feature request. Maybe the devs might add this as an option in Settings down the track.in the (Mail / Settings / Read) section. 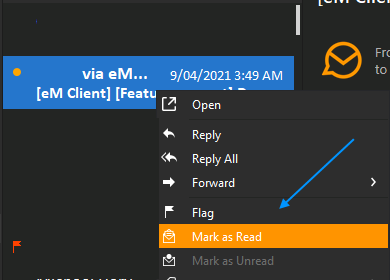 Maybe the devs might add this as an option in Settings down the track.in the (Mail / Settings / Read) section.

That would be great!

Thx @Gary for already having changed the category of this topic to feature request.