Hello friends and emclient team, I’ve been receiving emails from gmail for a while that are sent by Backup4all from the backup history I have with Wasabi, they come with common accentuation used in writing but I noticed that in gmail the accent is correct everything opens normally with correct accentuation already in eMclient the accent is all messed up wrong, that is, the problem is in the emclient, I would like to know when there will be a fix for this I’m in version 8.2.1706 and at the moment I don’t intend to update to 9. Or if Is there a place where I can fix this in eMclient’s own settings. 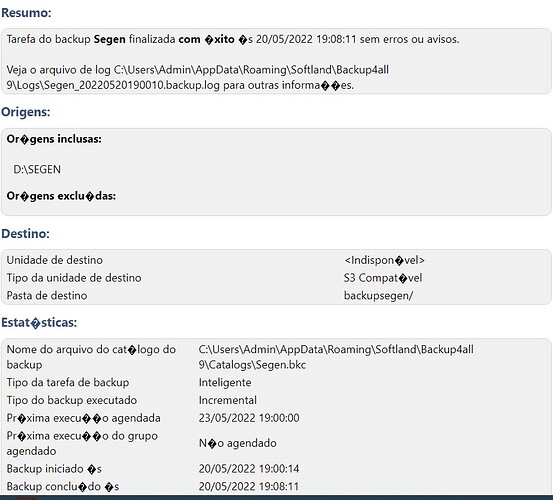 It is hard to say without having a copy of the original message, but it is possible that the message source does not specify the correct encoding to be used.

If you want to send me a copy, I will have a look for you.
To do that right-click in the message body and choose Save As.
Send the eml file this saves on your device to gary@emclient.com

Thank you for the sample message.

The message source says it’s encoded as utf-8, so that is what we display. However it’s not utf-8 so displays incorrectly. You would need to ask Backup4All to look at how they send these messages.

Hi Gary, good morning!! So this message is sent by email to Gmail and then I receive it through eMclient but I went to see it in gmail and the message arrives there correctly, that is, the problem is not with the message itself, but with the eMclient that is not understanding it correctly. I can even check with Backup4all but in my opinion since I see normal gmail would be something to be fixed in eMclient and not in Backup4all.

The issue is with the encoding specified in the message source. We go according to what that says.

I looked at the same message in a couple of other apps and it also displayed the same as in eM Client. I also looked at in a few webmail interfaces, and Google is the only one that compensates for the incorrect encoding specified. The others display it exactly as we do.

Because Backup4All is specifying incorrect encoding, you will need to ask them to look at this.

I tested Backup4all with eMClient 9.0.1708 and the email is correctly shown.
The emails are also shown correctly in GMail, Outlook and Thunderbird. It could be the eMClient version you use.
The problem is NOT with Backup4all as the header shows clear the UTF-8 charset

I recommend you to install the latest version of eMClient.
I will attach an image to confirm that. 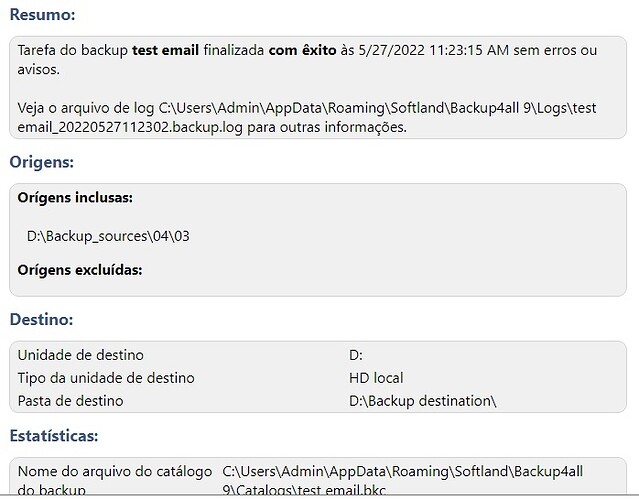 Here is an image with the source showing UTF-8 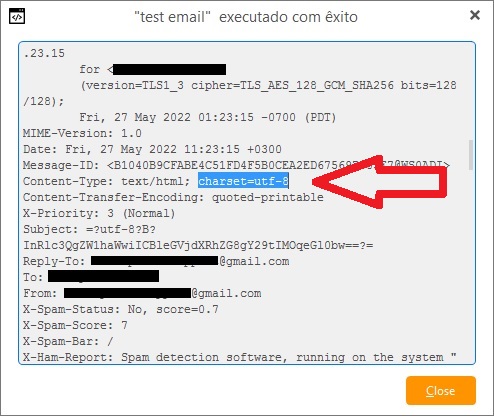 First, that is not the same message that was previously given as a screenshot. You can’t really compare them. It may be a different version of the software.

Second, as I said the header from the original message shows utf-8 (twice in fact) but the actual text is not utf-8 encoded. If I had to guess, it is probably windows-1252 encoded. So the source says utf-8 and that is what we display. When it is actually something else, the text does not display as it should.

Yes I would agree it does appear like the problem is with the Backup4all history sent from “Wasabi” to @Fast_Tecno as @Gary advised.

@Gary Would there possibly be any differance reading the same Wasabi Backup4all history html email in V8 compared to the new V9 eM Client?

I tested the sample message sent to me and it looks the same in TB because in the message source, the content is defined as utf-8, but in reality the actual text is not utf-8. So it is garbled. 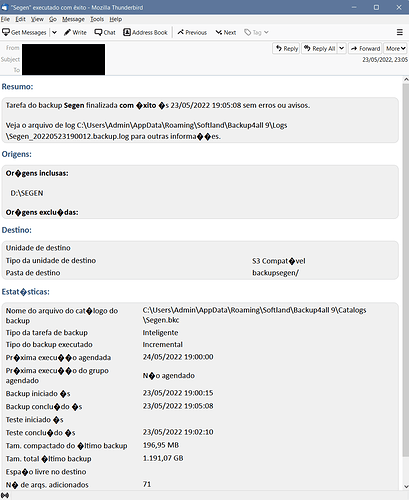