Sent mails use my computer name

I tried em client about 8 months ago only to discover that all the sent emails used my computer name as the sender. Totally unacceptable so I never bought the product and I told the company why.
recently I received an email from the company stating that that had “fixed” this problem. Hence I signed up again for a trial and quess what, my computer name is still used as the sender name. Geeeez!
So I did an uninstall and then downloaded the SW again, same thing.

As I posted above…

On that screen, the 2nd entry is titled “NAME”. Change whatever is entered there to whatever you want it to say.

When setting up an account in eM Client using the “automatic email wizard”, on the second screen it has the first field for “Your Name”. 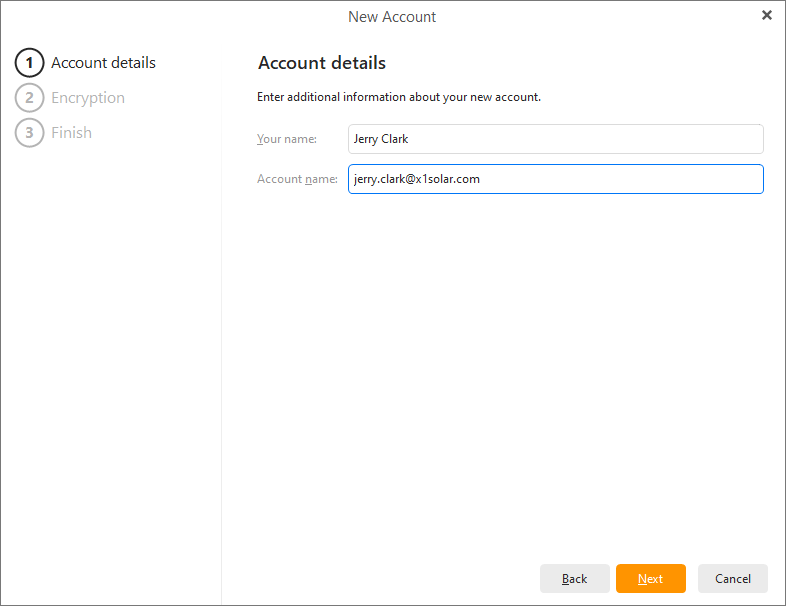 Thanks, for the help.

Perhaps you can help me with another. Almost all of the emails in my inbox are listed as “important”. Why and how is this happening and how do I get rid of it.

Almost all of the emails in my inbox are listed as “important”. Why and how is this happening and how do I get rid of it.

If you have a Gmail acct, most emails are marked by default as “Important Tag” arriving in the Inbox. However you can modify the Gmail mailbox filter settings (online) to stop this as in the eM Client support link below. Also as per the link info, from eM Client 8.1 onwards, there is now a settings to “disable” this in your eM Client Gmail account. See screenshot below.

Gmail - All of my messages are marked as Important, how to stop it? - Powered by Kayako Help Desk Software (emclient.com) 1 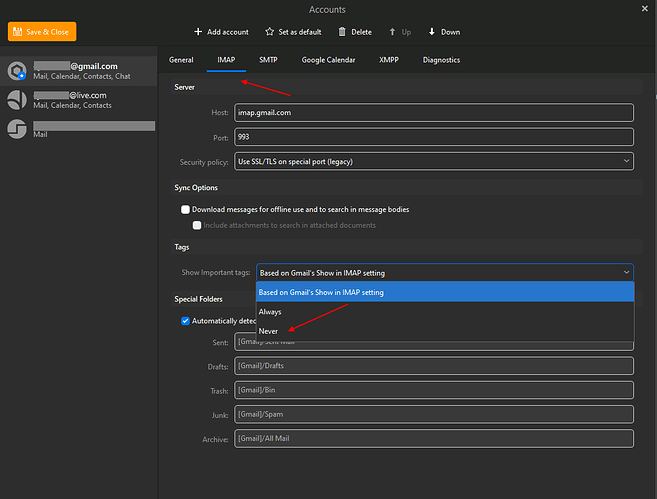 Thanks again so much.
However I now have a much bigger issue. I can’t add a new account. When I do so I get and window saying that verifing the password (or something like that) will take a while. In fact EMclient at this point is frozen and I have to “end task” it and then open it again.
One gmail account is working, adding the second is the issue. When I tried the new version of emclient it found previous file info so it came up with 2 email accounts. One worked and the other didn’t so I tried uninstall/re-install and that is when the emclient freezes.
Any help is appreciated.
How do I contact someone at EMclient to help with this?

That could be up to the part in Gmail acct setup where you have to “Press Allow” in your browser popup window to authorize eM Client access to your Google account & your browser didn’t appear in the foreground for you to click allow.

So could be the browser window is “in the background” or “flashing on the taskbar” for you to click to proceed in the automatic wizard.

How do I contact someone at EMclient to help with this?

From their web site:

The account that is working is gmail and the account I can’t add is gmail. However, when I tried emclient the first time I added both accounts without any problem. This was about a year ago. However since the display name for both accounts was fixed as my computer name I chose not to buy EMclient. When I heard this display name issue was fixed in a new revision I downloaded the new version. However now I can only get one email to work and I have not changed anything in either of these 2 gmail accounts. Frustrated. I may need to stay with Outlook or go the thunderbird which I don’t like as well as EMclient.
Dennis

So I just tried adding my wifes gmail account, same result, emclient locks up. I think I will try deleting the one account that is working and see if I can add it back.
Dennis

Now that I deleted the one account that was working, I can’t add that same account back in, emclient freezes and I have to kill it.