Calendar sync is working fine with 3 different Gmail addresses, but I can not connect to Google Tasks from eM Client?

How do I sync with Google tasks?

Google has not put task API up for developers. Until they do, there’re no task sync.

But there is a REST interface, isn’t there? I’m not developing for Google services but it seems this could be used? I’m lacking this service as well in the eM client.

Task API wasn’t put up by Google until recently (6 month or so). I have spoke with some other developer before, and apparently, the 3rd party API has a limit on how frequent it can negotiate the server. I’m not too sure on how would this affect 3rd party developer. But judging from the availability product that actually support Google Task, I say - not good.

But this doesn’t appear to be third party. It is posted by Google themsselves. Perhaps I misunderstand your reply. Anyway, my main interest is, will you add task synchronization to eM Client? I think that would make it complete, at least in my opinion.

Yup you did misunderstood me. Google access the data themselves differently apart the API which are used BY 3rd party.

Take Android platform for example. It quite different on how it access the data compare to Google Sync. Whether it contact or calendar. And even for Android 4.0 ICS, there’s no native integration for Google Task. So, I think the future is not so bright unless Google improves its API for task, that also my opinion.

Hello,
tasks synchronization will be available in next version (4.0) It will be out in a couple of weeks.

Am i missing something?

It is strange - could you please post here a screenshot? Thank you

I am seeing more problems with the task sync. I have attached a screenshot from Google calendar and eM Client showing the differences. For some reason out the blue, eM Client will change the date on tasks to the previous day at 7:00pm. I also use Gtasks on my Android devices which syncs and reads normally. 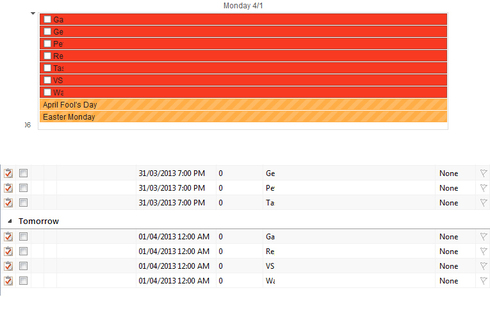 We are currently analyzing the problem and will let you know as soon as we find anything.