Do you have a version for MAC? If not, do you plan to establish this version of eM Client for MAC users? I was lookin for an answer, but without any positive results

Currently I can’t promise you Mac version in near future. Porting eM Client to Mac is currently only in stage of analysis.

Its been over 2 years since this question was asked.

I recently bought a MAC and was surprised to see that the email client that come with the computer and everything on the app store doesn’t even come close to eM Client.

When can we have a MAC version? 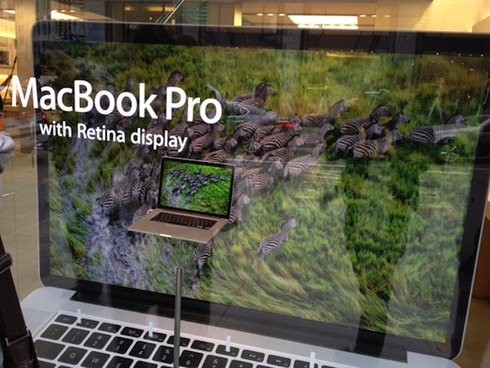 EM Clients’ coding is base on .NET framework. So, unless they scrap existing coding and start from scratch or Apple start to use .NET framework, not possible.

Best bet is to use virtualization or dual boot Windows.

Sure I know its based on .net.

Most other software .net software manufacturers that I can think of find a way to make their software work on a Mac, Office included and its not by asking customers to install Windows!

I am now working with Mac Mail and iCal along with Wunderlist to organise the inbound mail now.

Mac version of Office isn’t coded base on .NET, but native C++. Any other software manufacture are the same, it isn’t of matter of ‘find a way’ to make .NET app work on Mac, it matter of re-writing the software, or the software isn’t .NET based in the first place.

To break it down, you get low-level programming which can be executed directly by the specific processor architecture (x86 for PC and Mac these days), or the more common known high-level languages. With high-level, you get compiled language, which convert the source code program once and can be executed by the PC (such as C++, Pascal, COBOL,etc); or the interpreted language (such as .NET, Ruby, Python), which need to be compiled every time your run - hence the runtime you need to be installed in able to to run the program. Obviously its can get more detailed than that, but that the basic.

.NET is a Windows specific interpreted langue that even struggle to run under Linux environment with 3rd party runtime library. EM Client has come too far to just throw away existing code-base, unless they invest a huge sum of money to re-write. There’re plenty other software that would work on Mac:
http://www.opera.com/download/index.d…
http://www.zimbra.com/products/deskto…
http://projects.gnome.org/evolution/
http://www.postbox-inc.com/

Well like I said, most other software manufacturers find a way whether they do it by re writing or in some other way. Its a question of whether or not they are motivated enough.

If all these other companies can create a working copy for their programs onto a Mac… Why can’t eMclient? It just doesn’t make sense. Microsoft Office has done it. PLEASE EMCLIENT CHANGE YOURS FOR MAC VERSION PLEASE!!!

I’m a programmer. I write in the .NET framework.
.net is a RUNTIME. .net framework is microsoft’s version of Java (it’s not java, its LIKE java)

so the only option here is to START FROM SCRATCH in a native MAC language.

Now pretend you’re Get Satifaction for a minute. You don’t make much because you offer a FREE email client, and you have a whole list of bugs to fix in your current version (trust me it’s in the hundreds category), PLUS plans on the next version, PLUS keeping up to date with how google, microsoft, everyone else in the world handles calendars, address books, etc.

Is it financially worth it for you to learn C++ and start from scratch for the 30% of the market that uses mac? or whatever it is.

Ultimately it’s a goal that will be reached one day, but much like a home remodel, it’s always a “some day, when I have the resources” idea.

Hello,
eM Client is almost fully-functional under Wine emulation software, so it works both on Mac and linux distributions, but it needs some effort to do so

So what is the 'EFFORT"?

Ok. So here is the quick to-do how to run eMClient under wine:
After installing wine run Winetricks and install the following Win32 components: dotnet 2.0, gdiplus, IE (version 7 works fine) and wininet
after that eMClient should install and start without crashing immediatelly.
To make it work, it is necessary to go into Wine configuration and set the urlmon.dll library as Native

And as I remember correctly, you need to install 32bit Wine even if you have 64bit host OS, otherwise the IE will not work

I tried using Wineskin to package up an app for emClient (free version). I installed all the components tombam suggested, also set urlmon.dll to native in wine config. I immediately get an application error:

Since the error is related to .NET, I tried installing other .NET components (3, 3.5, 4) but none of them would install successfully. Has anybody else successfully created a Wineskin package for emClient? If so, please post the whole package on dropbox or something, it would be a great help.

Any update on this Topic of when a Mac/OSX version will be made available?

No, it is still not officially planned and even discussed.

Sorry to hear, then I have to look elsewhere for a good client equal to eMclient.

I am using em client on a Mac using Windows 7 under Parallels. Works great.