Emclient tries to update but fails

When executing emclient dialog box says the application cannot start because the database on this computer was modified by a newer version of this application. When I click update now it downloads then dialog says it can’t find tmp.3E05.tmp.msi

Go to the Release History and download the latest version.

It says a later version of emclient is already installed. I tried to uninstall but the same dialog appears saying it cannot find tmp3E05.tmp.msi

Go to the Release History and download the latest version. 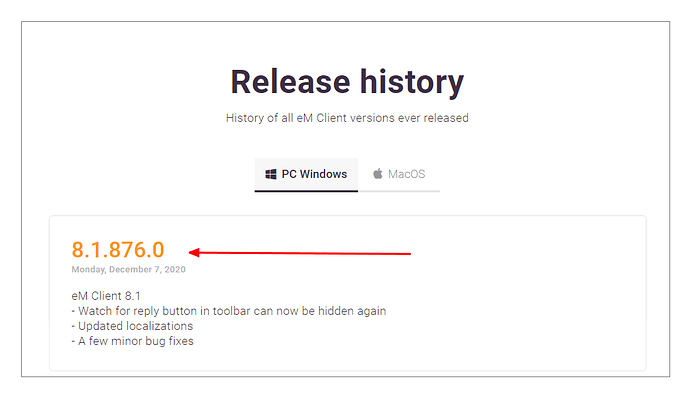 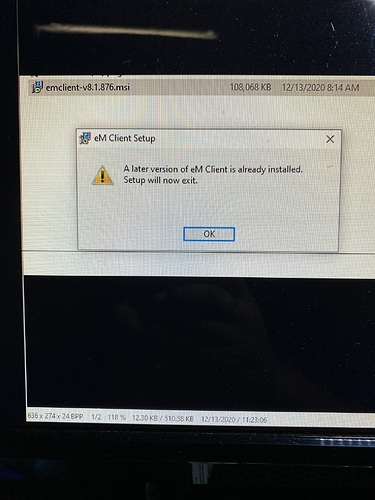 If you are using a Pro License and have configured your License Manager to allow testing versions, then you may have a recent internal build that is newer than what is available in the Release History.

It may also be that Support sent you a link to an internal build for testing.

In either case, you can open a support ticket with eM Client, and they should be able to help you.

I have the same problem, but I don’t have a Pro License, and haven’t received a link for testing. How can I open a support ticket?

As a Free License user you cannot open a support ticket.

But if you could, they would probably advise you to uninstall eM Client, making sure NOT to delete the database folder when asked, then download and install the latest version from the Release History.