My “Imported calendars” have useful names in Google. 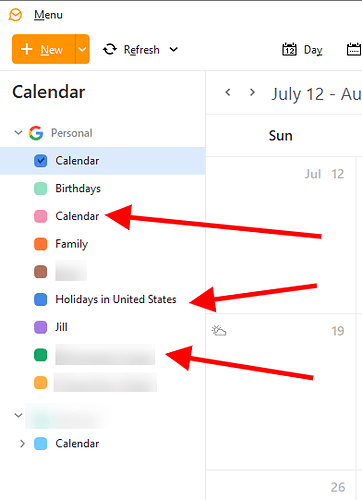 download392×541 18.5 KB
There are other differences like “Holidays in the United States” somehow becomes “Holidays” on emClient. Similarly, another calendar which is blurred out (for security) has a different name in emClient.

Ironically, they all pretty much seem to get the correct colors from Google, but not the names.

Looks like this may have been fixed in V9