When I answer an e-mail the format of the messange is broken.

Before being sent or on the recipient end?

When a click on reply the text of the message lose the html format.

Menu > Settings > Mail > Compose > Mail format: here you can select the format of the reply. 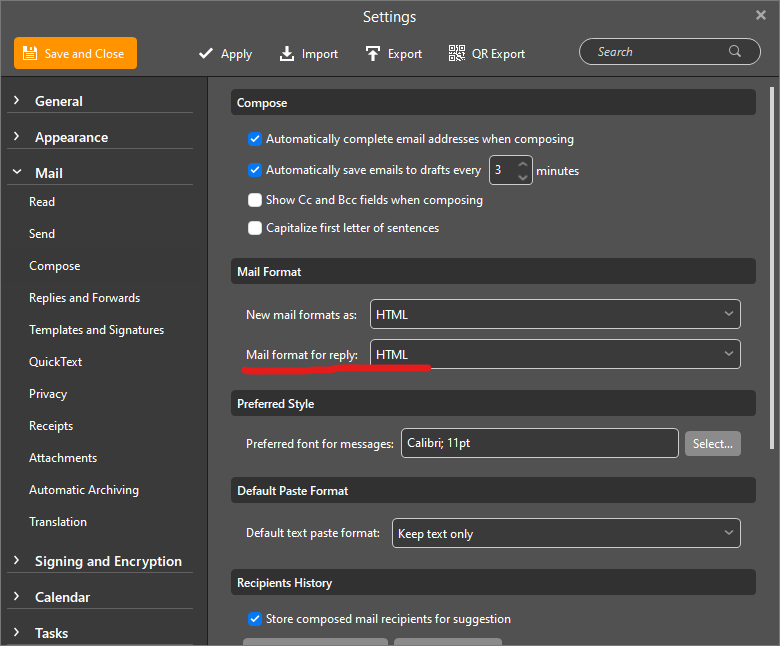 My settings already is set with HTML for replays, but does not work.
Below three prints: 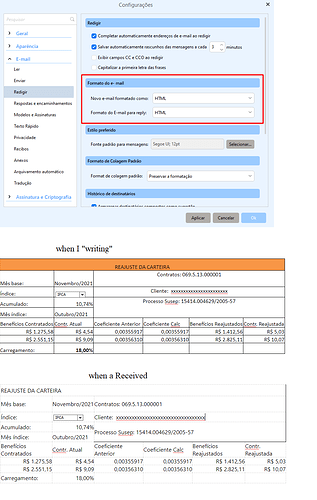 If the issue is that the table borders have been removed, this has already been fixed and will be in the next service release.

Do you know when the next release will be published?

Do you know when the next release will be published ?

eM Client V9 Beta 2 for Windows has just been released so hopefully official release is not too far away.

Check the blog page which will normally have when officially released. The Official Blog | eM Client

Ps If you do want to try the V9 Beta backup first via “Menu / Backup” just incase you need to restore.