I’m using emClient 5 beta (although the problem also occurred with v4) on Windows 8 (and previously Windows 7 with the same issue).

I have been receiving some html emails that appear to have no text. If I read the email via GMail the full content is visible. I can also view the message source and see all of the content. These emails are shown with unnamed attachments which actually contain the text of the email!

This also happens when some one using Mac Mail forwards an email to me. All the text disappears. However in these case if I go to reply to the email and add any letter to the email MOST of the text appears (seems like some of the email is lost).

With Windows 8 x64 I have IE10 installed (but don’t use it). I also tried uninstalling IE10 and the problem still occurs. I also did a complete clean install of emClient and even moved the storage location. 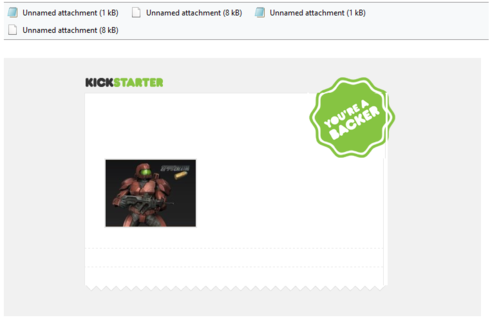 Hello,
send me one of the problematic messages at wilson@emclient.com. Thank you.

I’ve been having the same problem. When I receive an e-mail from somebody who uses Mac Mail, the content is gone as soon as I press reply. If I read the e-mail using my gmail account, the full content is visible.

Has this problem been solved?

Hi,
please send me one of the problematic mails saved as .eml directly at wilson@emclient.com. Thank you.

I just sent you one of the files

i have the same issue - was there a resolution on this?

I am not sure - in most of the cases it is broken IE which eM Client uses for displaying messages. The rest will fix upcoming version of eM Client. If you want. I can send you our internal version which should fix it - just send me an email.

Hi - oh I would dearly like to have this internal version, George. How can you be reached to let you officially have the request? I can be reached at matthew (a) mediadeck (dot) de

Hi,
you can contact me at wilson@emclient.com but I think my colleague already answered your email you sent at support@emclient.com.

I have a similar issue, when someone forwards me mails from Apple Mail, the text of the email is inside a file called Unnamed attachment.
Using Win8, eM Client 5.0.18025.0

try resetting your IE settings or reinstall IE at all.

I thought I’d give emClient (latest v5) a go to see if this has been solved (as marked), it has not.

I have just received a forwarded email from a mac user and the email appears completely empty. I opened up GoogleMail in my browser and there is the email complete with content.

Windows 8 x64, IE10 (I don’t use IE for anything so the settings would all be whatever the defaults are)

eM maybe could add a button for alternative views. You click the button multiple times until the content becomes visible. With my incoming emails, if I choose plain text, I can see one subset of incoming emails, but lose visibility (commonly known as going blind: by extension meaning the product is not doing its task) for the other (important) subset of emails. This can become exasperating if it is regular customers and you have to respond quickly as a service provider under time pressure.

I’m still having the same problem (after 8 months) even after:

And after reinstalling emClient now suddenly the toolbar in the e-mail window is missing (the icons for italics, bold, etc.) when replying to e-mails and the e-mails (in the Unread folder) are not automatically transferred to their assigned folders anymore after the incoming e-mail is marked as read. This used to be different.

It’s not an issue with plain text emails as far as I can tell. The following has been encountered:

With HTML emails I have noticed this recently with a ‘Music Recommendations’ email from Spotify. The email comes in, I click show pictures and I get none. Open the same email in GMail or Thunderbird, or any other email client and it shows correctly.

If you would aslo like to see “delayed Send” added to emClient, please vote for it here:
https://discourse.emclient.com/emclient/to…

Windows 8.1 actually seems to correct the problem with HTML emails displaying incorrectly. Perhaps something in IE11 fixes whatever was broken in IE9 and 10 - at least for me on two different PC’s.

This could be right - eM Client uses IE core to show emails so whatever is repaired in IE will affect eM Client also.