how to set default calender (gmail) for new appointments ?

I synchronize my complete gmail account with EMClient (Contacs, EMail, Calender and Tasks).

In my case (see screenshot) Astrid ́s Calender (a shared calender) is set automatically, I would like to set Marek ́s Calender (my own default calender belonging to my gmail account) as default 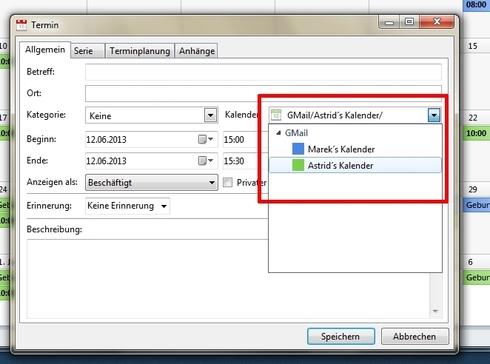 Thanks. But I cannot find it in the preferences. Can you show me a screenshot to compare?

Under Tools/Accounts there only a “Calender and Contacts” tab, but no special setting can be done there. 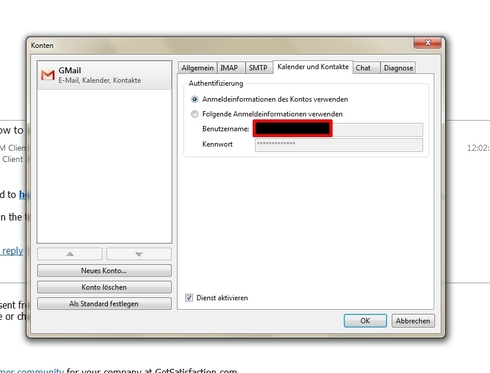 you’re right. It’s not there for Gmail account and as I realized, the default folders serves for a different purpose…
But according to your original question- the folder which is set by default in the drop-down list is the very same folder which is currently selected on the left side in the folder tree and which is currently shown in the calendar. I’m afraid there is no way to show a folder in the calendar, but having another folder set as default when you create an event

Thanks, this should work for my purpose.